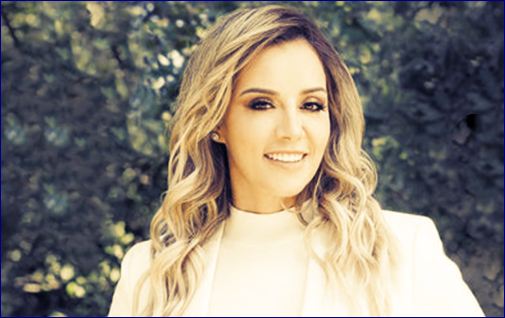 Who is Rosie Amelia Rivera?

Rosie Amelia Rivera is a businesswoman and television actress from the United States.

She also served as the former CEO of Jenni Rivera Enterprises.

She rose to prominence as a result of the death of her sister, Jenni Rivera.

Later, she began appearing in Spanish-language reality shows and took over her sister’s business.

She and her family began appearing in the reality series Rica, Famosa, Latina in 2014.

Rosa Saavedra and Pedro Rivera are her parents. Rivera is the younger sister of Jenni Rivera (deceased) and Lupillo Rivera, as well as the aunt of singer Chiquis Rivera. Pete Rivera, Gustavo Rivera, and Juan Rivera are her other brothers.

With her ex-boyfriend, Chief, she had daughter Kassandra in 2003.

She married Abel Flores in 2011. They have two children: Samantha Chay Flores (born in 2013) and Elias Melek Flores (born October 2015)

Rosie Rivera first appeared on television in 2013. She made her debut in the third season of Jenni Rivera’s reality show, ‘I Love Jenni.’

She and her family appeared in a series of reality shows called Rica, Famosa, and Latina the next year.

‘My Broken Pieces: Mending the Wounds of Sexual Abuse Through Faith, Family, and Love,’ her first book, was published in 2016.

This book is about her traumatic and heartbreaking experience with sexual abuse at a young age, and how her family’s support, love, and faith helped her heal from within.

In her first book, she reveals that she has recovered from the trauma of such traumatic experiences and is now assisting other victims of sexual abuse in overcoming adversity.

She is also a spokesperson and role model for young women who, like her, have experienced the agony of sexual abuse. She hopes that by telling her storey, she can boost the morale of other victims.

Jenni Rivera Enterprises had been assigned to her by her sister. She was the company’s CEO.

Rosie Rivera is currently one of the most well-known stars in the industry in the United States.

Net Worth of Rosie Rivera

Rosie Rivera’s net worth is estimated to be $4 million. She is currently one of the wealthiest television stars in the United States.