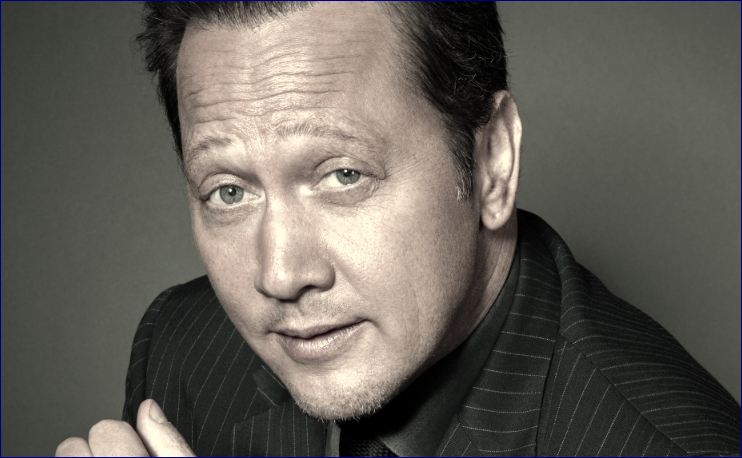 Rob Schneider is an actor, director, screenwriter, and comedian from the United States. Schneider, a talented actor with a fantastic sense of humour and wit, continues to outperform many of his contemporaries in the comedy genre with his self-deprecating jokes and antics.

Schneider, who is now well-known as a popular comedian, did not have a good start to his career. He worked odd jobs and sang at local clubs and radio stations before landing a job as a writer for “Saturday Night Live.”

Rob Schneider was born on October 31, 1963, as the youngest of five children to Pilar and Marvin Schneider in San Francisco, California, USA.

His mother worked as a kindergarten teacher, and his father was a real estate broker.

Schneider comes from a multi-religious family. His mother was a devout Catholic, and his father was of Jewish ancestry.

He received his formal education at ‘Terra Nova High School,’ where he graduated in 1982.

He first tried stand-up comedy in high school, when he opened for the San Francisco band ‘Head On.’

He decided to pursue a career in comedy after graduating from high school. To begin, he performed at Bay Area nightclubs such as ‘Holy City Zoo’ and ‘The Other Cafe.’ He was also a frequent guest on local radio stations.

Soon, he was opening for industry heavyweights like Jay Leno and Jerry Seinfeld. He opened for Dennis Miller in 1987. His brilliance and talent landed him a spot on HBO’s 13th ‘Annual Young Comedians Special.’

While his career was progressing nicely, the big break remained elusive. However, he did not have to wait long because he was hired as a writer for the NBC sketch comedy series ‘Satu’.

He began as a writer and gradually advanced to the position of the featured player before becoming a full cast member. From 1990 to 1994, he played a variety of roles and characters, including ‘Tiny Elvis,’ ‘Orgasm Guy,’ ‘Richard Laymer,’ and others.

Along with Adam Sandler, Chris Rock, David Spade, and Chris Farley, he appeared in the video release of ‘The Bad Boys of Saturday Night Live.’ Adolf Hitler, K. D. Lang, Jeff Gillooly, Erik Menendez, Soon-Yi Previn, Rick Dees, and Elvis Presley are among the celebrities he has impersonated.

In 1994, he left SNL to pursue a career in film. He then began landing supporting roles in films such as ‘Surf Ninjas, ‘Judge Dredd,’ ‘Beverly Hillbillies,’ ‘Demolition Man,’ and ‘Down Periscope.’

In addition to films, he had a recurring role in the TV series ‘Coach.’ In addition, he landed a role in the NBC sitcom ‘Men Behaving Badly,’ an Americanized version of the hit British series of the same name.

The biggest break in his career came in 1998 when he was cast in the film ‘The Waterboy.’ The following year, he appeared in the film ‘Big Daddy.’ These films were commercially successful and helped him establish himself as an actor.

In 1999, he was cast as the protagonist in the film ‘Deuce Bigalow: Male Gigolo.’ The storey follows a fish-tank cleaner who is forced to become a gigolo to pay off his large debts. Despite commercial success, the film was widely panned by critics.

Following the success of ‘Deuce Bigalow: Male Gigolo,’ he landed another lead role in the film ‘The Animal.’ The plot of the film revolves around a man who gains animal abilities as a result of a mad scientist’s experiments. The movie was a commercial success.

‘The Hot Chick’ was his next single. It was a rom-com film in which he played the role of a petty thief who mystically transforms into the body of a pretty high school cheerleader.

The success of ‘Deuce Bigalow: Male Gigolo’ prompted the production of a sequel, ‘Deuce Bigalow: European Gigolo.’ However, unlike the first instalment, which was well received by the public, the sequel was a flop.

While pursuing his career on the big screen, he also made several television appearances. He appeared in the TV special ‘Back to Norm,’ as well as TV shows such as ‘Seinfeld’ and ‘Ally McBeal.’ He went on to host ‘Sports Illustrated: Swimsuit ’97’ and the ‘Teen Choice Awards in 2005. He has also appeared on NBC’s late-night variety show ‘The Tonight Show with Jay Leno.’

With the comedy film ‘Big Stan,’ he made his directorial debut in 2007. The movie was released in 2007 and grossed $8.7 million at the box office. He even appeared in the film as a con artist who is arrested for committing real-estate fraud.

Rob Schneider is also known for lending his voice to Adam Sandler’s animated musical comedy-drama Christmas film ‘Eight Crazy Nights.’ In addition, he appeared as an uncredited cameo as a wedding-chapel minister in the comedy film ‘I Now Pronounce You Chuck & Larry.’

He has also played in comedy albums, releasing his album titled ‘Registered Offender’ in July 2010. The album is made up of audio sketches and songs, and he has voiced all of the characters.

The following year, he resurrected his stand-up comedy career by embarking on international tours. During one of his tours, he met Neal McCoy, with whom he appeared in the music video ‘Billy’s Got His Beer Goggles On.’

He was then seen in the CBS-TV situation comedy ‘Rob,’ playing the titular character, who was partially based on his own life. The series, however, was cancelled in 2012.

In 2015, he appeared as ‘Ramon’ in the western action comedy film ‘The Ridiculous 6.’ He appeared in the series ‘Real Rob’ the same year. The series was created by Rob Schneider and stars him, his real-life wife Patricia, and their daughter Miranda. It aired between December 2015 and September 2017.

Schneider, meanwhile, appeared as a special guest on ‘Game Grumps’ in 2016.

He appeared in the comedy film ‘Sandy Wexler’ in 2017. He starred as ‘Komante’ in Tyler Spindel’s romantic comedy film ‘The Wrong Missy’ in 2020.